Ready Player One by Ernest Cline

I urge anyone that grew up in – or raised a family through – the 80′s and 90′s like me that loves games (of both the video and tabletop variety), comics, movies, music, fantasy and sci-fi to immediately purchase and read this superb sci-fi novel. Like fellow fantasy/sci-fi novelist Patrick Rothfuss (who wrote the equally superb Kingkiller Chronicle) is quoted as saying on the back cover: ‘This book pleased every geeky bone in my geeky body. I felt like it was written just for me.’

I wish I could do better, but I can think of no better hook-line to describe it and entice you than the quote on the front cover from a USA Today review which states; ‘Enchanting. Willy Wonka meets The Matrix‘ – though there’s also a pinch of ‘The Last Starfighter‘ in there too.  Here’s the blurb/synopsis from it’s amazon.com page:

“In the year 2044, reality is an ugly place. The only time teenage Wade Watts really feels alive is when he’s jacked into the virtual utopia known as the OASIS. Wade’s devoted his life to studying the puzzles hidden within this world’s digital confines—puzzles that are based on their creator’s obsession with the pop culture of decades past and that promise massive power and fortune to whoever can unlock them.
But when Wade stumbles upon the first clue, he finds himself beset by players willing to kill to take this ultimate prize. The race is on, and if Wade’s going to survive, he’ll have to win—and confront the real world he’s always been so desperate to escape.” 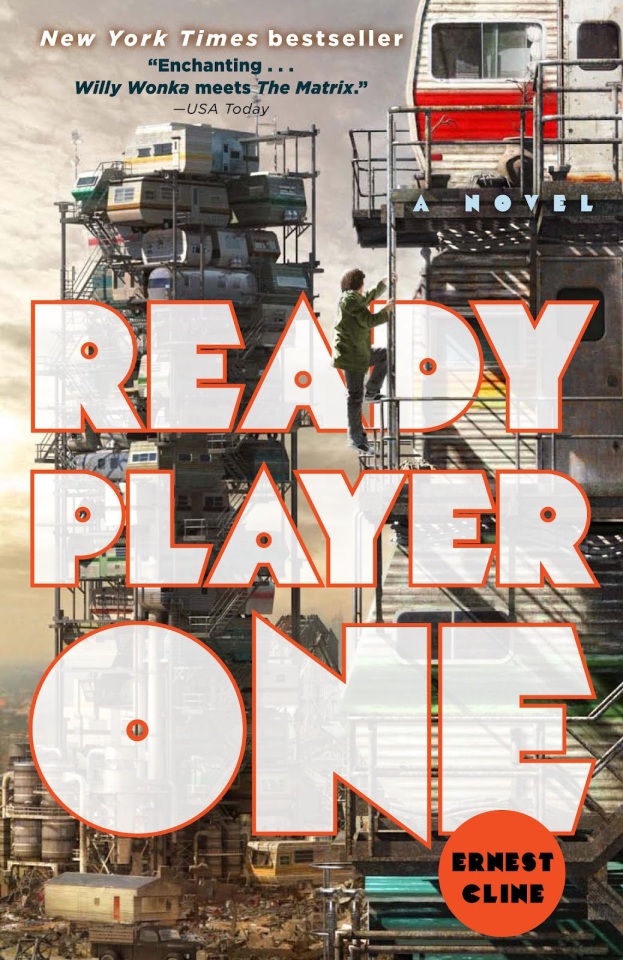 Not only is it a great read, but it’s packed with cultural references (both obscure and well-known – ‘Spectreman‘ anyone?) to various things from those periods that older readers (30+) will be able to appreciate in a haze-state of pure nostalgia, while still being a relevant, topical and believable work of speculative, satirical fiction about our future, that takes into account how rapid advances within the fields of interactive technology and entertainment media are starting to radically alter our society on every level –  as well as serious economic and environmental issues – and projects them into a future dystopia where they have reached their apex, and redundant cultural artefacts from the past become the key to saving the world from potential corporate hegemony. Woof.

The concept is so smart and deceptively simple that it kills me that I didn’t conceive of something similar myself and I have the highest regard for author Ernest Cline and wait with keen interest to see what he comes up with next.

Without meaning to diminish what he has accomplished, he has conceived of a fictional world/platform that has allowed him to incorporate his passion and knowledge of all the geek/pop-culture that he grew up with that has obviously inspired him through his formative years, while also exploring new cultural and technological concepts, extrapolated from current trends and developments in a futuristic setting. So it looks both to the past and to the future and as a result has a wide appeal to a multi-generational audience, including middle aged parents of teenagers and even their grandparents above them.

It incorporates all of the classic genre tropes of a more traditional ‘hero’s journey’ fantasy saga, where the protagonist ‘comes of age’ through a ‘rites of passage/trial by fire’ thanks to a lot of the plot driven virtual world quests and experiences that the character has via his avatar, while also being a very contemporary, forward thinking, subversive science fiction novel about environmental concerns and the impact technology has upon society. And it’s very funny too! His use of certain classic video games and characters from japanese pop-culture in crucial scenes is meta-level comic and dramatic genius (well, to those of us who get why in any case).

Joust from Ready Player One by deviantartist zippo514

For another extra-meta-level cultural geek kick, you should also listen to the audiobook, as it’s read by current nerd-lord host of Geek & Sundry’s board game game show ‘Tabletop‘ and 80′s child star Wil Wheaton (who playedWesley Crusher in ‘Star Trek The Next Generation’ and Gordie Lachance in the classic coming of age drama ‘Stand By Me‘ – based on Stephen King‘s excellent short story ‘The Body’). As he is mentioned a number of times within the book in various contexts this is highly amusing on a number of levels. 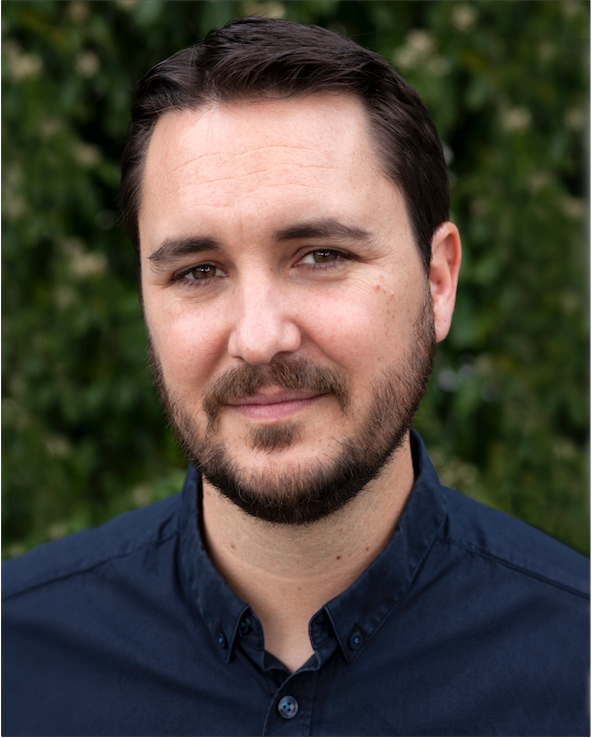 LINKS TO STUFF I’VE MENTIONED & USED IN THIS POST:

• Buy/read ‘READY PLAYER ONE’ the book:

• Buy/listen to ‘READY PLAYER ONE’ as an audiobook:

• Everything you ever wanted to know about ‘SPECTRE MAN’! (& will probably wish you didn’t after):

• Buy/rent/watch the film ‘THE MATRIX’ (though if you haven’t seen this film & don’t already own it – where the frak have you been?!! & what is frakking wrong with you? KEANU RULES!):

• Don’t know who WIL WHEATON is? Shame! Educate yourself here:

• Buy/rent/watch the film ‘STAND BY ME’:

• To read the novella ‘THE BODY’ by STEPHEN KING you should purchase the anthology ‘DIFFERENT SEASONS’:

• WHISKYTREEINC who illustrated the cover for Ready Player One:

• The AINTITCOOLNEWS article about READY PLAYER ONE where I cheekily pilfered certain images from (thanks & sorry):